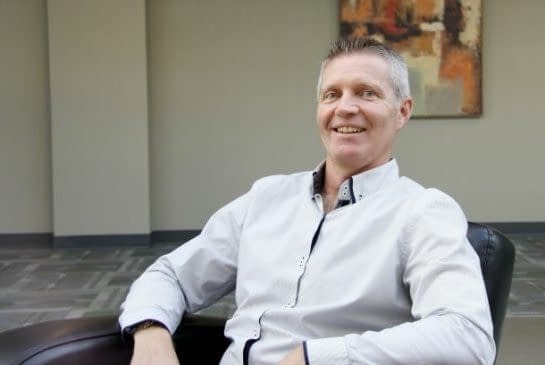 The best part of being involved in the online lottery business is seeing how the lottery can change someone’s life in an instant.

And one of the people who gets to deliver this good news is Giant Lottos winner advisor Steven Matthews, whose job it is to contact major winners to let them know they’ve won.

FairLottos got in touch with Steven to ask him a few questions about what is undoubtedly the happiest job in the world.

How many people do you contact in a year?

“It differs slightly from year to year, but I’d say I’ve personally contacted around 500 winners.”

What’s the biggest jackpot you’ve ever called someone over?

“That would be a $15 million jackpot, the winner couldn’t believe it and thought it was his co-workers trying to wind him up!”

How do people usually react when you call them?

“Most of them are too shocked and excited to say much and will just start laughing or crying. There are also lots of people who don’t believe me and a few have even threatened to call the police and report a prank.”

What is your most memorable phone call?

“I had to phone a older lady once who had won a third tier prize, that means it might not be a jackpot but it’s still plenty of money. She didn’t believe a word that I was saying, and she was convinced that I was one of her grandchildren playing a prank on her. In fact, I had to contact her daughter who then delivered the good news to her.”

What’s the best part about your job?

“It’s knowing that you’re changing someone’s life in an instant, and hearing the happiness and excitement in their voice. There really isn’t another job like it!”

Steven says that he loves his job at Giant Lottos, and he wouldn’t work any other job in the world. “It’s better than being Santa Claus,” he told us. But he did mention that if he could change one thing it would be that he could be on the receiving end of a winning phone call for once.